Nowadays we are transitioning from fossil fuels into a greener future, but there’s a long way to go until we reach the dominance of renewable energies. There is a smooth transition that is taking place right now, so we will need to focus our efforts on making the power generation as greener as possible, for instance finding ways to reduce gas turbine pollution.

One opportunity area for this transition is to implement technologies that help mitigating the power losses on the turbines and helps them to produce energy on its optimal operative conditions (~100%), the power loss in the gas turbines is being given by factors as simple as environmental factors (humidity and high ambient temperatures) and the geolocation of a power plant (height above the sea level). These, along with other factors as a polluted air by dust or other heavy particles requiring a higher level of filtration and therefore, a pressure loss on the turbine air inlet, make the nominal power of the turbine being diminish considerably, operating up to a 70-85% of its nominal capacity.

How to help to mitigate power loss?

The augmentation of the air mass flow is achieved by reducing the temperature of the air just at the inlet of the combustion chamber, because the density of the air increases as its temperature decreases.

A contribution to the financial assets:

With a solution as it is the Turbine Inlet Air Cooling, the capacity of electricity generation can be augmented up to its nominal values, therefore consuming the same quantity of fossil fuels and avoiding a 15-30% of power loss on the turbine.

For greenfield power plants, the added value of this kind of technology would be to reduce the CAPEX at the moment of buying a lesser quantity of turbines to comply with the demand, in other words, the TIAC system will be cheaper than buying a brand-new gas turbine.

A contribution to the environment: 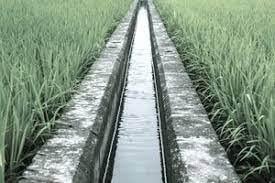 By having a lesser number of gas turbines operating, less harm will be made to the environment by reducing the CO2 emissions and the oil/additives intended for operation and maintenance of such machines. To sum-up, we will be reducing gas turbine pollution.

As a by-product, the operation of a TIAC system generates a big quantity of condensate water (depending on the environmental conditions of the location of the power plant) that can be implemented as a source of water for irrigation and/or made potable for consumption in situ.

The technical benefits of Turbine Inlet Air Cooling systems has been widely ...