Many industrial sites such as oil and gas production facilities and district cooling plants are located on the seashore. These facilities use seawater as a cooling medium if it is technically and economically feasible. The cooling of fluids is a full part of the process through the use of heat exchangers. Direct seawater cooling is normally used to limit cost and save space and weight. The main issue of seawater is that due to the effect of the chlorides contained in its composition, it is highly corrosive to most metals and known alloys. In addition, seawater can contain solid residues, such as particles in suspension or even remains of biological material. Therefore, heat exchange systems that are designed for seawater, must be built with materials that resist corrosion and must have a design that is not affected by the presence of solid waste. Titanium is usually the preferred choice for seawater cooled heat exchangers because of their outstanding corrosion resistance even in hot aerated seawater and their good strength and low density. That means that it can resist in reducing or oxidizing environments, with or without chlorides, and temperatures up to 650 ºC. In addition to high resistance to corrosion attack, titanium owns exceptional resistance to pitting, crevice and stress corrosion. Since seawater is a highly corrosive medium, only corrosion resistant alloys could be considered for its use in seawater heat exchangers. Nickel chromium molybdenum alloys and a highly alloyed stainless are the most common alternatives to the titanium, but their corrosion resistance is much lower and in long life conditions they are not recommended to operate with aggressive fluids as seawater. Titanium heat exchangers are highly cost-effective over the entire life cycle of the equipment. Properly maintained, titanium heat exchangers can operate for decades, making them a very economical choice, in long life conditions. Titanium heat exchangers can:

Titanium heat exchanger is totally corrosion proof, which means that heat exchanger offer for all working life maximum performance without derating. Given the importance of the use of seawater in current refrigeration systems, this article will evaluate the main heat exchange technologies such as plate exchangers and shell and tube exchangers built with titanium. The advantages and disadvantages of both heat exchange systems will be discussed and it will be concluded which is the most suitable one to operate in district cooling seawater applications. 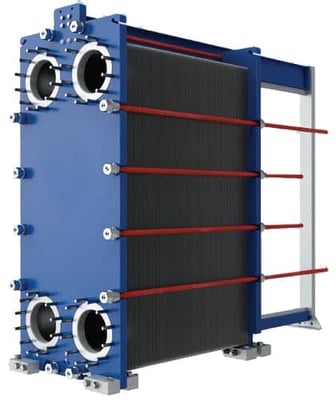 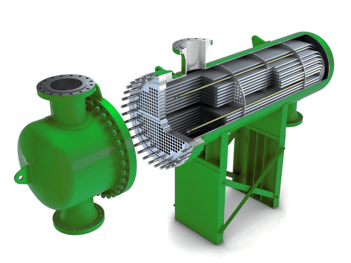 Harmonic distortion is a sort of “pollution” in the electric supply that can ...

END_OF_DOCUMENT_TOKEN_TO_BE_REPLACED

The District Cooling Plant is crucial to the AYLA OASIS Resort Project Aqaba in ...

END_OF_DOCUMENT_TOKEN_TO_BE_REPLACED

Seawater has always been used as a practical resource for humankind in a wide ...

END_OF_DOCUMENT_TOKEN_TO_BE_REPLACED

Natural water cooling systemy: use river or sea-water based

Increasing popular in recent years as many nations try to find ways to meet ...