Does the summer heat take a toll on you? The same case happens to thermal power plants. While regions may vary, we can all agree that the grid is stressed in both cold and hot environments, as cooling and heating are energy intensive processes. In the summer when almost every air conditioner is on, power demand is at its highest. Consequently, power plants must work extra hard to cater for the peak demands. This not only makes the economics of power production complicated, but also affects the process itself. Let us outline some notable economic disaster associated with peak power consumption in power plant.

From the beginning of this year, there have been reports that Eggborough power station is on the verge of closure. The East Yorkshire based facility is one of UK’s largest coal-fired power stations, so its closure is going to have serious repercussions. The most striking is the 170 employees who are going to be rendered jobless because of the loss of economic viability of the plant. The plant could have closed in 2016, but the contracts it won kept it going. While the phase-out of coal-fired plants may be to blame, we cannot ignore the fact that peak power consumption became also a problem for the existing power plant. That is why they are proposing to put up a new 2,500 megawatts (‘MW’) gas fired power plant near the old plant.

Sometimes, power plants are put under extreme strain by an abnormal event that causes peak consumption. That was the case in New South Wales in 2017 when a powerful heat wave struck. Fires razed New South Wales, with firefighters struggling to stop the fire from destroying property. This heat wave affected electricity supply, with a peak demand of 14,181MW being too much to handle. The government even at one point urged the public to reduce electricity consumption to reduce outages. As for the production capacity, turbine faults had caused Energy Australia’s Tallawarra power plant to stop gas generation. Snowy Hydro’s Colongra gas-fired plant could not start owing to low gas pressure. The Liddell power station has two of its power units reduce power output significantly.  Overall, there was a deficit of 2,000MW during this peak period because of peak power consumption.

Because peak power is going to demand increased generating capacity, it is going to result into a wide range of problems, some that are not even outright economic. A good example is the association of peak power consumption in plants with increased heating in urban areas and large cities. This disaster is commonly called the Urban Heat Island Effect. Increased heating of urban areas can lead to proliferation of ground-level ozone, which can increase health risks. It is for this kind of disasters that some cities in North America have   “Ozone Action Days”. Here is the relationship between peak power consumption in power plants and ground-level ozone: The formation of ground-level ozone is attributed to heat and sunlight triggering complex chemical reactions. Power plants produce precursor emissions, which can travel for hundreds of miles over a large area. As the power plants work harder during peak periods, it can only mean that these emissions will increase and cause more pollution. Taking an example in the United States, power plants in the Midwest may produce emissions that travel all the way to as far as the eastern states. 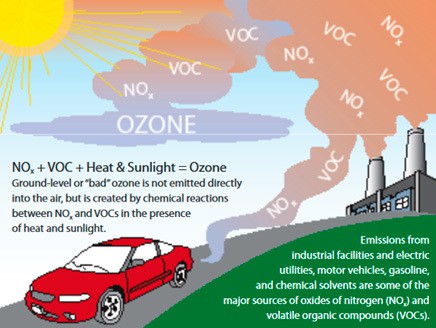 Normally, a power blackout is a result of many factors. In fact, you will probably never find a blackout that happened because of a single cause. Preconditions of high power outage risk include:

If some events occur concurrently with these preconditions, a power blackout may occur. One such event is the sudden simultaneous energy demand, for instance the one that happens in summer. In 2012, India experienced one of the most extensive power outages in recent memory. This blackout affected 670 million users, which is about 9% of the global populatio. While human error was part of the blame, a notable precursor was the high demand that led to overloading.

Smooth running of power plants and the society calls for perpetual availability of quality power. Sometimes, this is not always the case because power plants and the grid are bound to experience challenges that may affect capacity, quality etc. because of peak power demand. To ward off such problems, providers and users must take proactive action through solutions such as thermal energy storage and optimize modern technology.

END_OF_DOCUMENT_TOKEN_TO_BE_REPLACED

With over 100 gas turbines cooled under its name in the Middle East alone, ...

END_OF_DOCUMENT_TOKEN_TO_BE_REPLACED

For more than a century across the globe, central power plants have been the ...

END_OF_DOCUMENT_TOKEN_TO_BE_REPLACED

A recent report by the United Nations, specifically the Department of Economic ...